The Tytron Instruments allows you to visually check neurological responses to adjustments!

What You Get With Titronics

When you contact us, the serial number of the device is essential for quick and accurate information. Please include it in all correspondence, especially the first one.

Dysautonomia refers to a disorder of autonomic nervous system (ANS) function that generally involves failure of the sympathetic or parasympathetic components of the ANS, but dysautonomia involving excessive or overactive ANS actions also can occur. Dysautonomia can be local, as in reflex sympathetic dystrophy, or generalized, as in pure autonomic failure. It can be acute and reversible, as in Guillain-Barre syndrome, or chronic and progressive.  NIH.gov

The physiological effects of dysautonomia include erroneous management of the capillary beds that allow for the dissipation of heat from the core of the body.

The Titron Thermography Scanners read the temperature bilaterally simultaneously to gather the data on the paraspinal temperature radiated from these capillary beds. The graphs produced by the scan show the temperature of the scanned anatomy, and with some math, show the balance of the temperatures graphed at that time. Coupled and layered with other graphs from other days and before- and after-visit scans, if patterns of non-adaptation appear, it would indicate an abnormal control system and possible dysautonomia.

The regular use of paraspinal thermography, and the study of the results, would lend great aid to identifying and starting care for someone in the slow slide away from health and vitality into the depths of dysautonomia.

Scan in less than 15 seconds

The visual imaging aspect of the Tytron enhances and increases opportunity for patients to engage and participate in their health care. 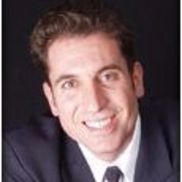 I have been a client since 1996! I couldn’t imagine practicing without one of their paraspinal infrared scanners. And their products are built to last! They are amazing! If I could give 10 Stars I would!

Patients in today’s “visual” world really connect with the Tytron’s digital display of chiropractic in action. We have seen a significant increase in referrals just from having patients take their scans home to show others. I have to say that incorporating the Tytron C-6000 into my practice was definitely the single most important decision I have ever made.

“I’ve used the Tytron for some time now and it is a wonderful tool for determining what is going on with the patient neurologically.  I would recommend it to anyone that wished to do pattern work or to have a visual tool to check the neurological response to an adjustment.  It is extremely accurate and reproducible.  It is the best piece of equipment I have ever purchased!”

When you contact us, the serial number of the device is essential for quick and accurate information. Please include it in all correspondence, especially the first one.

Scanner Output Has Many Options

Overlay the Bargraph on